These three lucky people got a chance to truly appreciate it, with clearer eyesight.  Read their stories below.

The Story of Nica Galvez

One day in the month of October of 2011, 4-year old Nica Galvez, while playing inside their house, got into a fight with her brother.  Her brother threw a pair of small scissors towards her, which accidentally hit her right eye.  She and her parents went to see a doctor the next day and it was discovered that there was an injury in her eye and she needed to have an operation.

With the help of the Tapulanga Foundation, they were able to go to Corazon Locsin Montelibano Memorial Regional Hospital in Bacolod City for consultations, laboratory exams and even transportation and meals for free as even these two the family could not afford.  Little Nica finally underwent surgery in February of 2012. 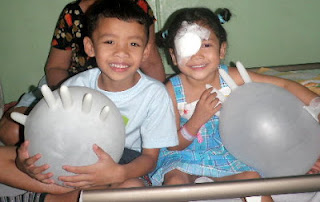 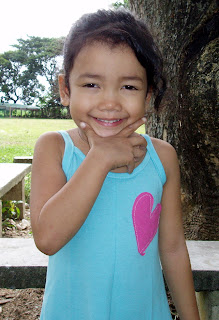 Nica, when asked if her eye still hurts, shook her head and said “No.”  When asked if she can see better, she nodded, “Yes.”  Her father, Joey Galvez, had a big smile on his face when he said, “Madamo guid nga salamat sa Tapulanga Foundation.  Wala gid kami nabudlayan kay ara ang Tapulanga.  Mayo guid kay naging successful and opersyon sang bata ko.” (Thank you very much to the Tapulanga Foundation.  We did not experience difficulties because Tapulanga was there to help.  It’s good that my daughter’s operation was successful.)

The Story of Angelo Singson

Angelo Singson is a thirteen year old high school student of the St. Francis of Assisi School.  Angelo loves to read books like Harry Potter’s Sorcerer’s Stone and likes to draw, too.

His eye problem started when he was 11 years old.  He couldn’t see well if he covered his right eye.  He went to see a doctor and it was discovered that he had cataract in his left eye and he had to undergo surgery. 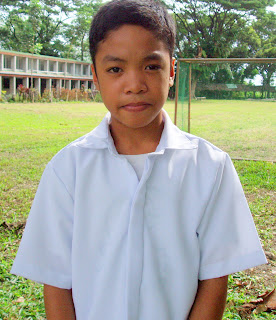 He was referred to the Rotary Foundation, which screened candidates for cataract operation at the Riverside chapel. With the financial support of the Tapulanga Foundation, Angelo was able to travel to Riverside Hospital in Bacolod City, undergo surgery for about an hour there, and acquired medicine (eyedrops) needed for his eye, and go back for checkups.  He underwent surgery very recently (in the month of May 2012).

He said that his eye still hurts a little bit but he said that, during class, he could see the letters written on the blackboard more clearly.  With a shy smile, he said, “Gapasalamat gid ko sang dako kay kung wala ang Tapulanga, indi ko ka kita.”(I am very thankful.  Had it not been for the Tapulanga (Foundation), I wouldn’t be able to see clearly.)

The Story of Ms. Yvette Jaranilla

Ms. Yvette Jaranilla is a new teacher in the high school level in St. Francis of Assisi School.

Ms. Jaranilla sensed a problem with her vision when she was 18 years old and still in college.  She had a hard time reading what was written on the blackboard.  And her vision was starting to become blurry.

She left it alone for a while until it came to a point when about three years later, she had a hard time recognizing faces.  She eventually had a check-up just recently and the doctor discovered she had cataract in the right eye and another was starting to develop in the left one also.   But the doctor did not advise operation because the cataract wasn’t mature enough yet.  So she was advised to wear special eyeglasses with thick lenses to improve her vision. 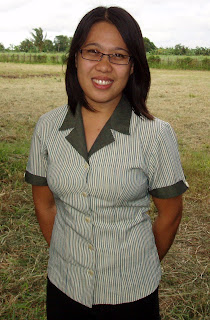 With the help of the Tapulanga Foundation, she was able to acquire free eyeglasses.  When asked how she felt after putting them on, she gave a big smile and said, “It feels good to have eyeglasses.” She has been using them for a month now and sees a lot more clearly.

She added that she thanks God and the Tapulanga Foundation for an answered prayer because she got the pair of eyeglasses that she really needs.
Posted by Micmic Golez at 1:27 PM