Last July 12, 2013, under the sweltering heat of the sun, the High School students of St. Francis of Assisi School (SFAS) of Silay City were on hand for the blessing and official opening of the TITANS COURT—a new basketball/volleyball court at SFAS. 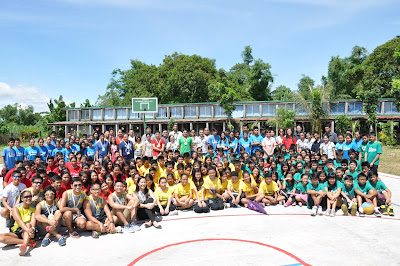 Located beside the High School building, Titans Court was named after its donors, Team Titans, a group of running enthusiasts from Manila, who raised the money for the construction of a concrete basketball/volleyball court.
Led by Michelle Estuar, Team Titans organized ULTRAlympics 2012, the 2nd Michelle Estuar FUNd Racing event last November 30, 2012 at the PhilSports Arena in Pasig City, Metro Manila.  The fundraising event featured a series of running-related events:  an 8-km run, a 16-km run, a 400-m dash for kids and a Titan Circuit Team Challenge. 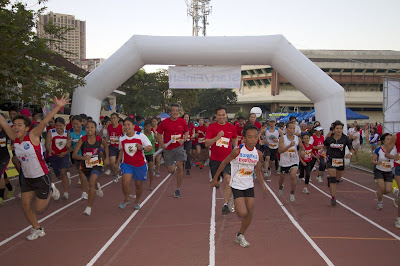 The event was able to raise over Php280,000.00 for the Tapulanga Foundation for the Titans Court.

Earlier this year, last May 18, Convergy’s One Comcast-Voice and Chat organized a fundraising event at the Convergy’s parking lot in Bacolod City.  Having food booths, games, singing contests, auction, etc., the group was able to raise Php40,000.00 for the Tapulanga Foundation for the construction of two basketball goals to go with the Titans Court. 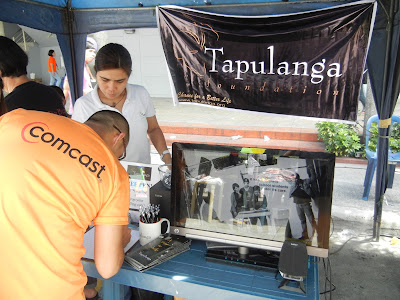 The Blessing and Opening Ceremony started with the blessing of the court by Father Jonathan Borromeo. 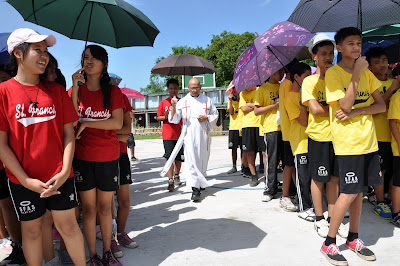 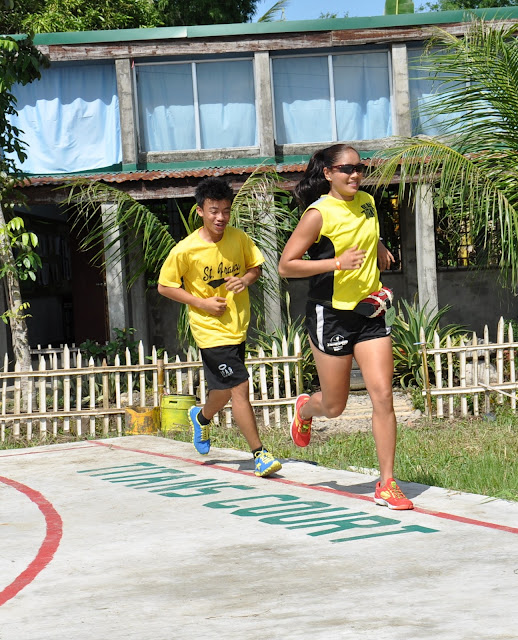 It was followed by a ceremonial run around the court by Michelle Estuar and SFAS’ very own football aficionado, Jan Michael Artillo.

SFAS Sports Coordinator, Sir JR Abello, delivered a welcome speech then the Vice President of the Tapulanga Foundation, Dr. Joan Millonado, who flew in from Manila, introduced the special guests of the ceremony—Team Titans themselves.

Michelle Estuar spoke on behalf of Team Titans.  A highlight of her speech was when she shared the meaning of the name, Titan, which was actually an acronym for Tough, Intelligent, Talented, Athletic and Never giving up.  She encouraged the High School students of SFAS to live up to these characteristic values of a Titan.  And rightly so, as earlier in his speech, Sir JR Abello officially unveiled the new name of the sports teams of SFAS—the St. Francis Titans.

Convergy’s One Comcast-Voice and Chat also graced the event.  Operations Manager Mr. Jai Baldemor spoke on behalf of the group.

Then Team Leader Mr. Joseph Somoza of Convergy’s One Comcast-Voice and Chat and SFAS’ Student Council President and basketball star Kyle Barnuevo traded baskets in a ceremonial shooting of hoops. 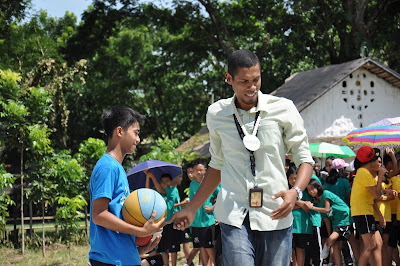 As the Blessing and Opening Ceremony ended, it was then time to test the Titan spirit of the St. Francis Titans.

Michelle Estuar and the Team Titans conducted a running clinic at the SFAS Covered Court.  All 180 High School students participated in a series of running exercises and drills as different Team Titan members were situated in different stations set up around the court.  The running clinic ended with a team relay game between the High School batches.  In the end, the Seniors won in a Championship showdown with the Sophomores. 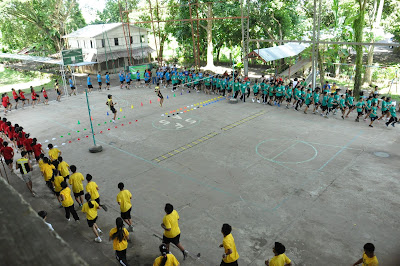 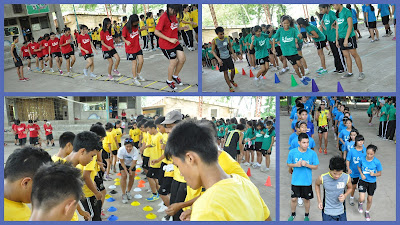 A new court, a new name; it was truly a historical day for SFAS Sports!  And to God be the glory!
Posted by Micmic Golez at 7:12 AM No comments:

A Day in the Life of a Scholar


At 5:30 A.M., her alarm clock goes off, she gets out of bed and takes a quick shower, eats her breakfast which is usually "adobo" (marinated meat) with rice and leaves the house after an hour for school.
At 6:45 AM, Christine, who is a Sgt. at Arms officer, is already at the gate along with other Student Affair Council (SAC) officers to help the school guard ensure that every student who comes in wears an ID. Her favorite subject is Economics because she learns how to deal with alternative choices on certain things.
She goes home by 5:00 P.M., takes a little rest, helps in the household chores like cleaning the house, washing dishes and cooking rice and does some school work and if she has still time before going to bed, she would grab her favorite book, usually Greek mythology, till she dozes off.


"I realize that I am fortunate to be a scholar. Many people would love to be where I am.
Everything is provided for me and all I need to do is to study and get good grades
especially now with the DLP which is easy to cope with because I'm used to self study."
shares Christine Diaz, who is in her final year in high school in SFAS already. 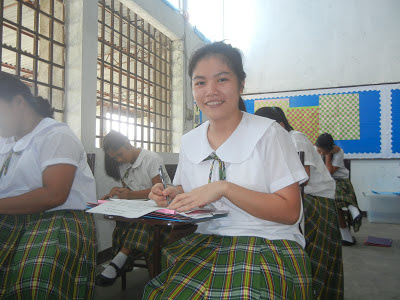 Posted by Micmic Golez at 7:45 AM No comments: