WE CAN NOW "SEE" A BETTER FUTURE FOR US! 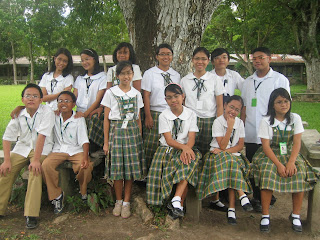 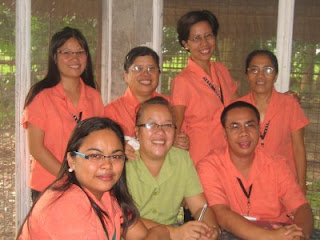 Since the foundation started giving free eye-glasses to students and teachers in SFAS that have poor eye sight in 2003, twenty have benefited. The program also provides to mothers and fathers of Hacienda Tinihaban who need eye glass.
Posted by Micmic Golez at 1:10 PM 2 comments: 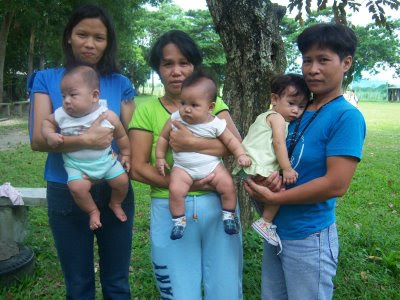 Through the Infant Feeding Program of the foundation, ten babies ages 8 months to more than a year old are now receiving free infant formula milk. These three 4-month old babies are "waiting" to be part of the program. They are Jose Miguel Antolo, Shane Jaden Macahilig and Jessa Mae Negrito (from left to right). They have been breastfed for their first 4 months but their mothers are "running out" of breastmilk already. :) Their mothers are hoping and praying that more donors would help the program so that their babies can have a more steady supply of milk.
Posted by Micmic Golez at 12:58 PM No comments: 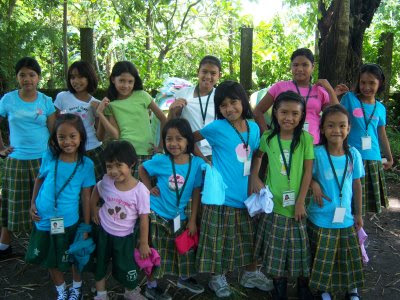 Ella Mae, Jamia, Ana Rose, Alondra, Shane, Diza, Eden, Thalea, Josie, Christy, Jeselle and Emily were given "cute" girl's tshirts by Mrs. Jana Koffman of Los Angeles. Mrs. Koffman's bestfriend in LA design the shirts and sell them at Fred Segal for $20 - $30 each. Mrs. Koffman is the donor of one of the girls to SFAS as well. THANK YOU MRS. KOFFMAN!
Posted by Micmic Golez at 12:53 PM No comments:

Imagine you are a 49 year old man, with a 48 year old wife, seven children ages 25 to 9, unemployed and without health insurance. You have had pains on your shoulder blade for weeks. After weeks of looking for money, you finally find enough to pay for a visit to a doctor. Then you are told YOU have CANCER! This is the story of Antonio Cablara.

The first round of chemotherapy was made possible by Congressman Kako Lacson, Talisay City Mayor Eric Saratan, Ikaw Kabuhi Ko and a couple of anonymous donors.

Six months of good health followed. Antonio and his family welcomed Christmas 2007 with joy as they celebrated his return to wellness. But by May 2008, Antonio’s cancer had returned. More chemotherapy, more tests, more medicines, mounting expenses and not even the smallest income to pay for all these. Uppermost in Antonio’s mind was where to find the money to support his family and pay for yet another round of treatments.

Once again, Mayor Saratan helped. Then the TAPULANGA FOUNDATION became a donor and another donor added to the pool of money. BUT, Antonio and his family still need food. One son who was able to help a little has just been laid off.

Where does Antonio go from here? A second round of treatments is covered. But what future is there for him and his family without the help of others?
Posted by Micmic Golez at 11:13 AM No comments: