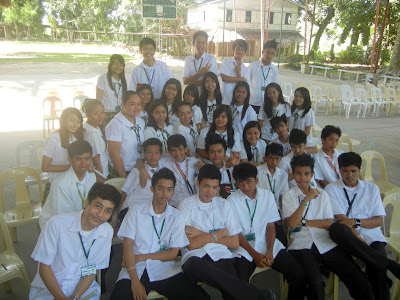 18 Tapulanga Foundation scholars are set to graduate in high school next week, comprising slightly more than half of the graduating students of St. Francis of Assisi School.  As career orientation talks were given and college visits were made by these students during the school year, many of them have envisioned a clear career path for themselves.

Their chosen careers range from being teachers such as specializations in Early Childhood and Elementary Education.  The Engineering Sciences have also been a choice for a number of scholars, as many have identified, Mechanical, Civil and Marine Engineering for their career options.

Having been blessed with good preparatory education has certainly emboldened our scholars to look towards these careers although they know that these require heavy loads of study and serious hard work.

We thank their 18 sets of donors who have helped them through these years of preparatory education at St. Francis of Assisi School.  Someday, as successful men and women in the world of education, engineering and other fields, 18 special professionals will look back with gratitude on their donors who threw their hats into the ring with them and helped them finish their pre-College studies.

God bless our donors!
Posted by Micmic Golez at 2:02 PM No comments:

Marilyn Bernasol, a Grade 7 student and on her first year in St. Francis of Assisi School, is one lucky kid.  When she graduated Valedictorian from Cuaycong Elementary School, she received a scholarship grant from Tapulanga.  Her donor was a first time donor who signed up last April in Tapulanga’s 35 Scholars in 35 Days Challenge.

Lucky girl, indeed, but that is not the end of the story!

How would you feed if you find out that your donor is the only person in the world with batteries in his chest wired to his brain?  That’s what Marilyn’s donor is.  And she actually came face to face with him! 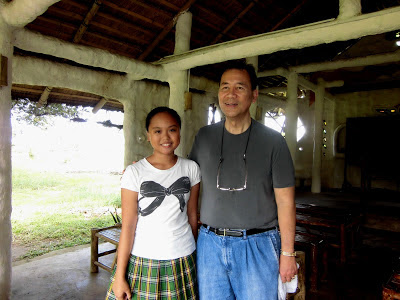 She met Jess Villanueva, her donor, when he came to town from Phoenix, Arizona last month.  Married and with three children, Tito Jess suffered from labored speech because of Dystonia.  His symptoms abated because of deep brain stimulation which came as an effect of the unique wiring system from his chest to his brain.  He is currently a test subject, making him the single one in the world’s population set-up like this.