NGOs normally exist in the name of public good. But like any other business, to reach their mission, NGOs also need one thing – funds. This is where Venture for Fundraising comes in.

Tapulanga Foundation brought Venture for Fundraising’s most popular training courses to Sugarland Hotel, Bacolod City last September 5-6, 2013. The Manila-based non-profit organization has been operating since 1999 and has conducted courses in over 25 countries. Their Basic Course on Fundraising session features Pinky Medina, the executive director, and Lea Las Pinas, senior program manager for training.

More than fifteen delegates from various local organizations and groups came to the two-day, lesson-packed session. 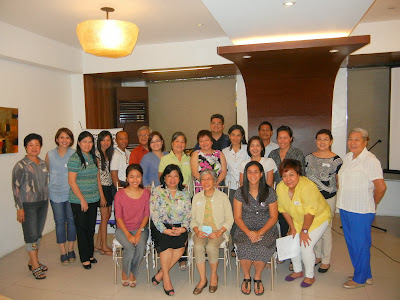 Here are three main lessons that stood out for us:

1. Passion is infectious.
When you have a genuine desire to achieve your mission, it will show. Two-faced organizations do not attract donors or employees/volunteers. People would want to help those who are truly committed to their service.

2. You win some, you lose some.
You gain more donors as your organization grows and your fundraising skill develops. You’re also bound to say goodbye to some, for a variety of reasons. It’s normal, so don’t fret too much about it – unless you lose more than you gain.

3. Fundraising is, basically, friend raising, says Pinky Medina. Fund raising comes right after.
Pay more attention to your donors than to the amount of donations. Fundraising goes beyond money and contacts – it’s the relationship with the donors themselves that really matters.

To view the photo album on the Basic Course on Fundraising, please click on this link:

http://goo.gl/KKSEut
Posted by Micmic Golez at 10:07 PM No comments:

From "Manong" to Sir Romnick 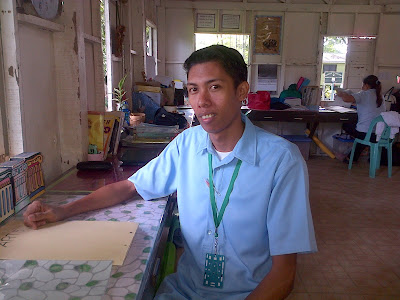 Born 26 years ago, Romnick Sadio and his family lives just a tricycle ride away from the St. Francis of Assisi School of Silay City.  His older siblings never finished school, and neither did he.  After two years in high school, he had to stop, due to financial problems.

Romnick Sadio was fifteen when he joined his father at the ponds, where thirty other people also worked. He worked there in the afternoons, wondering if this would end up as his career after three, six, maybe even ten years. He thought about his nonexistent diploma, and the other half of high school that he missed. Life at the fish pond was tough. Yet this place, he later realizes, led to an opportunity.

Romnick knew of SFAS. A few kids, scholars of Tapulanga Foundation, from his neighborhood studied there. He knew of the Ledesma family — he should, because they owned the land where he worked. They also happened to own the school. This thread of connection found him being called to the school one day.

It had been almost four years since Romnick left high school. He admits he hesitated for a moment. To finish high school now meant he would be an eighteen-year-old among a class of fourteen-, fifteen-year-olds. To just his classmates he would be "Manong" Romnick, he thought, and it bothered him.

But one does not find himself given an opportunity every day. Romnick knew very well the hardships of someone who belonged to a family that had never seen any of its children on stage, with a diploma in one hand and the principal shaking the other. Next to this, being Manong Romnick in class was nothing. So, at eighteen, he took the exam, received a scholarship, and became a student once more.

Romnick Sadio earned a college grant in 2009. He never met her in person, he says of his sponsor. All he knew was that she was called Mrs. Ada Ledesma-Mabilangan, and that her support fueled his way into college.

He’s blessed, he says, very blessed to have been given a chance to study again. Romnick feels as if everything was a dream – the last two years in high school, his student council presidency, the youth congresses and seminars he was sent to, his college diploma, his bachelor’s degree.

It has been six months since he earned a degree to his name, three months since his first day at St. Francis of Assisi School. He had started to teach cooking, drafting, even arts, to the high school students. The man who stands before the students is no longer Manong Romnick, an upperclassman, their old school president. He is Sir Romnick, the teacher.
Posted by Micmic Golez at 10:23 AM No comments: