Two Birthday Celebrations in One Day! 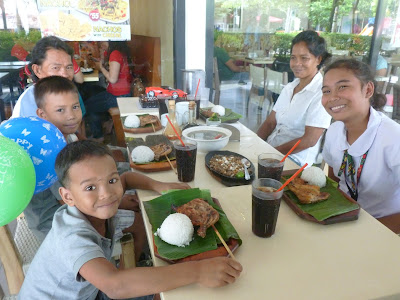 TF donor Ana Gonzaga-Layaoen has been very thoughtful and generous as this is her second year to treat her scholar, Alvin, on his birthday.  This year, she treated the whole family to lunch at Chicken Deli at The District Ayala in Talisay City. Alvin also received a red race car toy on top of his birthday cake. 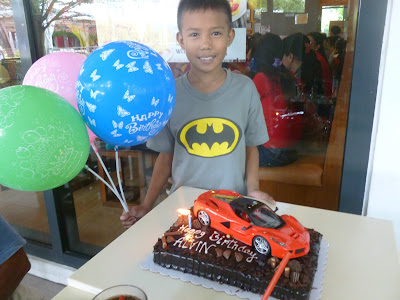 Alrhie is one of Ms. Rina Yan's scholars and on his birthday, his family was treated to lunch at Mang Inasal in Silay City. He also received gifts and a birthday cake. 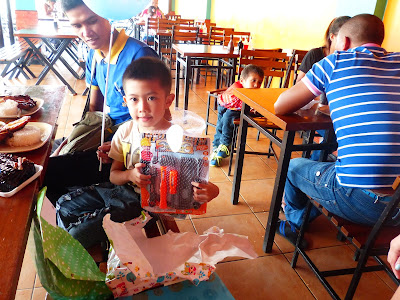 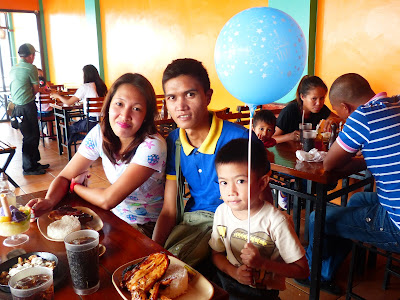 A BIG thank you to Ms. Ana and Ms. Rina for having such a BIG heart!  You both made Alvin and Alrhie very happy on their birthday!