WELCOME BACK TO SCHOOL!

The new school year just began on July 1st. While everybody was quite busy during the first week to arrange everything this second week of school, the daily school life is already implemented.

When I first came back to school I saw that some things changed while others still stayed the same. But I will start at the beginning and just tell something about my first day back at the school.

Before I arrived Ms. Micmic and Ms. Leda informed me that I will be able to assist in grade 6 which is the same class as the one I had last year. So in the morning I was happy to join the students in English, Math and Science. During my lunch break, I already recognized the first major change. The school started now to be a plastic free school! So while everyone got their lunch, they had to use some plates and cups which are reusable. When I bought a snack, I didn't receive it in a plastic bag, instead they covered it with a banana leaf. 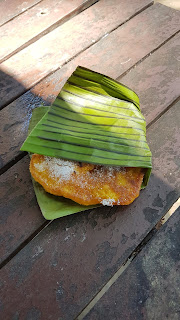 After my snack, I went to kindergarten where I did the story telling and played with the kids.


And this was the time I saw the second change. All the class rooms got repainted and some of them got re-organized as well. And not only the classrooms got a new look, but also the library where they started to donate some of those hundreds of books and they opened a reading area. 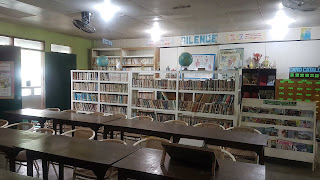 In this area, the children now have the chance to have some time off of the stressful school day so they can just take their time and read some books. 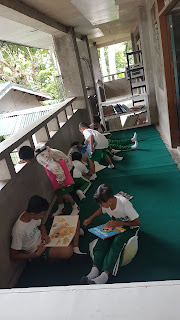 Last but not least, they also started to build some new classrooms for the students. 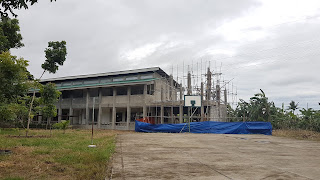 All in all, it was a really nice start back to school.